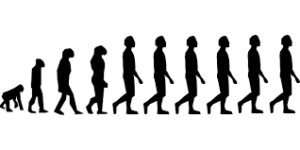 The Origin of the Species

One of the most famous books ever written, The Origin of the Species by Charles Darwin, was published in 1859.

It was such a big success that the first edition sold out in only one day.

Charles Darwin, an English biologist and naturalist, is the father of the theory of evolution which says that, contrary to what everyone believed in his time, vegetables and animals have not always been as they are now. They change constantly for various reasons.

Darwin spent five years on board the boat ‘Beagle’ observing natural organisms and environments all over the world. These studies made him understand that the ‘engine’ of these transformations was natural selection. Organisms have to fight for survival in the environment by using the available resources. Only organisms able to feed, fend and successfully reproduce can give their characteristics to their offspring

To understand Darwin’s theory read or this story:

The Tale of the Butterfly

Once upon a time there were some beautiful white butterflies that lived near a wood. Thanks to their snowy white wings they were able to hide from their predators in the bark of the white tree trunks where they could not be seen. Sometimes a brown butterfly would be born but the predators could see it distinctly and ate it. So that butterfly could not reproduce like the others and there were always more white butterflies than brown ones. They fitted better into the environment and survived longer. But the environment began to change. Smog had started to colour the bark of the trees, making it darker. So the butterflies that were born a darker colour were no longer more unfortunate. Gradually the predators began to see the white butterflies which stood out against the dark tree trunk and ate them. The brown butterflies could now multiply and survive. Thanks to natural selection the wood was now inhabited only by brown butterflies.

But not everyone agrees with this theory…… if you want to know why, follow this link.