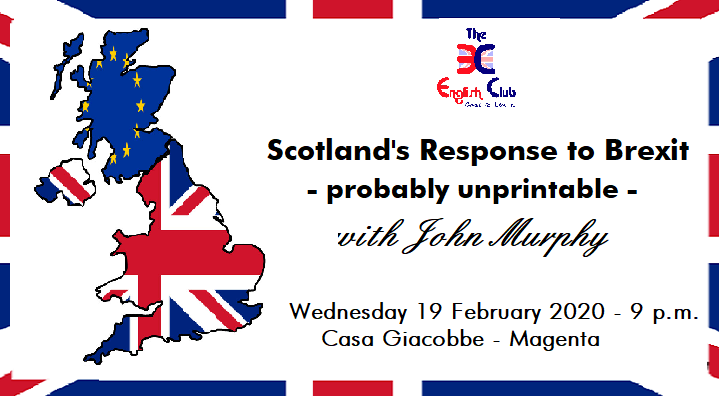 We had already planned to have a Scottish evening this month, and because of Brexit, we thought it would be a good idea  to invite John Murphy, a real Scotsman, to help us.

Some of you may remember John from our Scottish dance evenings but he is also a professional translator and past President of the British Chamber of Commerce for Italy.

The title of the evening is ‘Scotland’s response to Brexit – Probably unprintable’ and he will explain the explosive combination of Brexit and Scottish Independence.  Their future depends a lot on their past history and John will tell us why, in his usual informal and  entertaining  manner. Are you curious? The come to Casa Giacobbe (Via IV Giugno 80 – Magenta)  on Wednesday 19th February at 9pm and learn more about that weird and wonderful country – Scotland the Brave!