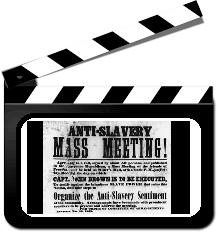 In 1859, tensions were rising as the United States of America headed toward civil war. Many states and territories continued with anti- and pro-slavery hostilities. Violent events, such as the one known as Bleeding Kansas, continued as more and more abolitionists wanted the end of slavery.
John Greenleaf Whittier composed a poem, The Kansas Emigrants, which invited those from the Northto settle in Kansas.

er 1859 the radical John Brown attempted an armed slave revolt in Harper’s Ferry, West Virginia.
It failed, and John Brown was tried for treason and executed in December 1859
The song John Brown’s Body was composed two years later and became a very popular marching song during the American civil war. The music was then used for the very uplifting ‘Battle Hymn of the Republic’