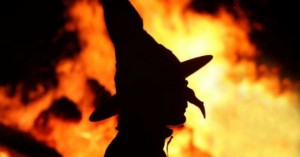 Witchcraft has not always been as fascinating as it is now. In the 17th century if you were (allegedly) a witch there was no Hogwarts, Quidditch or dragons for you, but only… execution. In the small city of Salem (Massachusetts, USA) in 1692 the fear of witchcraft made people aggressive and suspects were hunted down and sentenced to jail or death. What was behind this hysteria that involved a whole town? What caused it in the first place?

The best way to find out is to come and listen to Cylia Queen’s presentation on the 20th of November at Casa Giacobbe – 9pm as usual.

Since we have invited a special guest speaker we have decided to open the evening to non members too. Please feel free to bring friends and relations to the evening but remember that, as usual, we would appreciate a small contribution of 5 euros from non -members.